People have the desire to commemorate the past, as we monumentalize specific historical figures and events. On this Columbus Day / Indigenous Peoples’ Day and in the ongoing movement of Black Lives Matter, this webinar invites two leading scholars to share their critical perspectives about these problematic Columbus statues and controversial confederate monuments across the nation. How should we, as individuals and as a community, re-engage this monumental crisis?

Our guest panelists are Sarah Beetham, Chair of Liberal Arts and Assistant Professor of Art History, Pennsylvania Academy of Fine Arts, and Erika Doss, Professor of American Studies, University of Notre Dame; the evening’s presentation will be moderated by Peter Wang, Lecturer of Art History at Butler University. 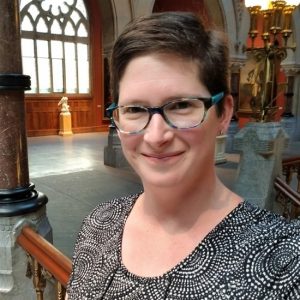 Dr. Sarah Beetham is the Chair of Liberal Arts and Assistant Professor of Art History at the Pennsylvania Academy of the Fine Arts, specializing in American art and particularly the monuments erected to citizen soldiers after the Civil War. She holds an M.A. and Ph.D. in art history from the University of Delaware and a B.A. in art history and English from Rutgers University. Her current book project, Monumental Crisis: Accident, Vandalism, and the Civil War Citizen Soldier, considers the long history of damage and alteration of Civil War monuments in the context of the recent debate over Confederate memory. Dr. Beetham has published work on Civil War monuments and art history pedagogy in Public Art Dialogue, Panorama: Journal of the Association of Historians of American Art, Nierika: Revista de Estudios de Arte, and Common-Place. She has been interviewed regarding her work on Civil War monuments and the current debate over the future of Confederate monuments in several outlets, including the New York Times, Washington Post, BBC, Inside Edition, and NBC News. 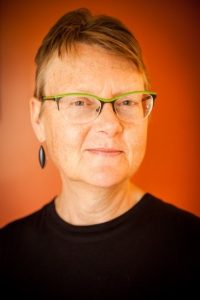 Erika Doss (PhD, University of Minnesota) is a professor in the Department of American Studies at the University of Notre Dame. Her wide-ranging interests in American art and visual culture are reflected in the breadth of her publications, including Benton, Pollock, and the Politics of Modernism: From Regionalism to Abstract Expressionism (1991, which received the Charles C. Eldredge Prize), Spirit Poles and Flying Pigs: Public Art and Cultural Democracy in American Communities (1995), Elvis Culture: Fans, Faith, and Image (1999), Looking at Life Magazine (editor, 2001), Twentieth-Century American Art (2002), The Emotional Life of Contemporary Public Memorials: Towards a Theory of Temporary Memorials (2008), Memorial Mania: Public Feeling in America (2010), and American Art of the 20th-21st Centuries (2017). The recipient of several Fulbright awards, Doss has also held fellowships at the Stanford Humanities Center, the Georgia O’Keeffe Museum Research Center, and the Smithsonian American Art Museum.

We acknowledge that we gather here at Butler University on the traditional land of indigenous peoples including the Potawatomi, Miami, Delaware, and Shawnee. We honor with gratitude the land itself and the indigenous peoples past and present who have stewarded it throughout the generations. This calls us to commit to continuing to learn how to be better stewards of the land we inhabit, while also acknowledging that some were brought to this land not by choice.

The Jordan College of the Arts would like to thank Dr. Marianne Williams Tobias for her generous support of the Fall 2020 JCA Signature Series.

This event is exclusively virtual and will have no in-person availability to the public.